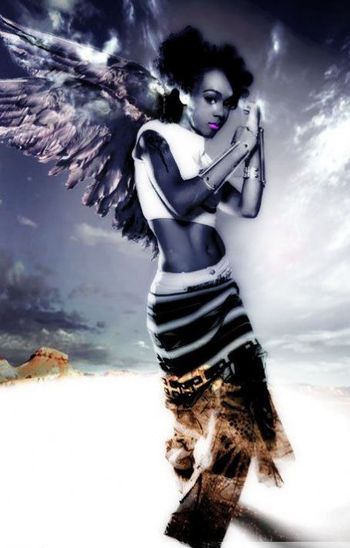 
Personal Expressions.... Leave a comment below after you read!

Yahweh is awe-inspiring and glorious by nature.  He has this brilliant, yet quiet and calm quality about His Personhood.   He is wise and I love Him so.  Although for me this Public Demonstration of Witchcraft has been a laborious assignment, because of Him it has been an absolute honor, and as I am gaining progressively more insight at this end, I can even say this God-given task has become my delight.  “I delight to do his will.”

However, initially I could have never imagined God taking me or anyone else through something so painstaking, heart wrenching, and what I thought, many times, unfair.  I mean, I am only one person.  I am human, and though I maybe Christ like, I am not Christ.  Christ was given the task of becoming the sacrificial lamb for the sins of mankind…not me.  However, at this end, I identify with my Savior.  I have shared in His sufferings.  He was crucified, and thus enabled to seize the keys of death and hell.  In like manner, I have been nailed to a cross, on public display for all to behold The Public Demonstration of Witchcraft, and have therefore acquired keys to overcoming the unseen principalities and powers in the air.

Consequently, what I have labored to procure through my obedience to His commands, I can now share.  The Holy Spirit expressed, once again, just days ago, that Oprah Winfrey killed Lisa Lopez by way of the evil entities she employed through black magic.  You can view below on this page Lisa Lopez’s own documentation of eerie events occurring right before her untimely death.  She knew something was after her.  In fact, in a portion of the documentation, you will view how a young man was killed in a car accident which Lisa felt was meant for her.  Ironically, the young man’s last name was Lopez.   Without a doubt Oprah Winfrey sent a henchman to assassinate Lisa Lopez through witchcraft.  This invisible entity was released, I believe, at the height of Lisa’s musical success.  It was at some point during this time that Lisa appeared over the media as being somewhat problematic:  she set fire to her boyfriend’s home.

Sadly, these evil entities have a way of making their victims unappealing, when if truth be told, the entities’ dispatcher is the uncomely one.  Oprah Winfrey is the spiteful, malicious, nasty, possessed being, responsible for publicly crucifying Lisa Lopez as well as Michael Jackson, Whitney Houston, and Bobby Brown.  Notice these individuals in their eminence began to dwindle before our very eyes.  Rumors and public debasement blazed their trail.  Contemplate the public mockery attached to their fame; this too was the case with Christ.  In one instance they praised him–crying, “Hosanna: Blessed is the King of Israel that cometh in the name of the Lord” {John 12:13 (KJV}) and then the very next instance, “they cried, saying, Crucify him, crucify him” Luke 23:21 (KJV).

It was His purity they hated; he was such an upright man amidst a downright generation of vipers.   Certainly in His day the witches and warlocks were just as hideous as they are now, gathering to cast their spells while flattering Him with false lips.  But He knew the heart of man and was in no way surprised by their maltreatment.   Take note, these short lived reputable individuals all conveyed expressions of purity and wholesomeness, as well, until the witch set her evil decree.   Then what seemed to be their attrition of character was actually the witch’s demeanor.  Their deportment was maligned by Oprah’s decree.  She put on them what she was/is herself, a depressed, drunken, immoral, sexual pervert.  This is what witches and warlocks do.  They steal your identities and give you theirs.  Oprah Winfrey and Creflo A Dollar pretend uprightness but are inwardly immoral and worthless; it has been and remains my assignment to unclothe them and others like them.

Being that it is I have had to suffer through their ill-treatment.  I have endured the lies, the recurring adversity, and the woes that witchcraft emits.  The witches and warlocks according to the Holy Spirit attached to my character whoredom and drunkenness; they slandered my name.  And it’s all good; for you see when they touched me they touched my Savior, and in so doing, in His indignation He has released me to touch them, but not with a rumor or lie, with truth, the whole truth and nothing but the truth.  “No weapon that is formed against thee shall prosper; and every tongue that shall rise against thee in judgment thou [I] shalt condemn. This is the heritage of the servants of the LORD, and their righteousness is of me, saith the LORD” Isaiah 54:17 (KJV).

So please, I encourage you to browse through my website.  See for yourself documentations I have of my existence during the woeful time of this demonstration.  As you look through my writings you will view my doleful experiences: my mother’s unexpected death; unlawful eviction from my home after my mom’s passing; promises made publicly and then denied; my fiancée’s hardship in Africa and more.  Oprah [and others] assigned henchmen to me, but I am still here and only by the hand of Yahweh.  He said at the beginning of this movement that witchcraft was not going to take it out.  He has kept His Word.

For this reason, I am a Sign, His last day Sign.  For the last nine years I have been advertised by the Master, who so ingeniously situated me as an open prey on public display.  Yes He did, and while this has been quite bitter and unpleasant for me, I do realize His love for you and me in His doings.  You see, Oprah Winfrey, from her miniscule perspective thought she could handle little me.  So, she bit the Father’s bait, leaving countless trails of her deplorable deeds.  She has blood on her hands which now all can behold (in my writings over these nine years).  That’s the splendor and majesty of the God I serve.  How she could think to undermine Him, the Holy One, the All-Knowing One with her little, lewd, lascivious lusting and inferior gods, I will never know.   Oh, sorry!.......... yes I do; her foolish gods told her she could and she believed their lies.

To all who are challenged by recurring conflict; those who feel that once they get a handle on things the handle is broken and they are again cast downward in a succession of ill fortune, you must have Divine Intervention.  This was my only answer and it is yours too.  We can help you!  “This is our delight.”