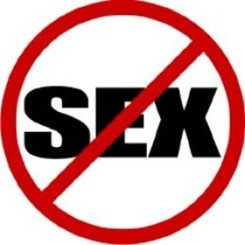 
Personal Expressions.... Leave a comment below after you read!

If you practice sexual immorality, if you practice sleeping with numerous partners, this practice can take you to hell; this is a form of witchcraft and how demons can enter into you….through the fluids of the body.  Demons enter you in this manner and if you are sleeping with several people instead of being cleansed your are defiling yourself with demons which will take you straight to hell.

7 In the same way, Sodom and Gomorrah and the cities around them committed sexual immorality and practiced perversions, just as they did, and serve as an example by undergoing the punishment of eternal fire.

9 Do you not know that the unjust will not inherit God’s kingdom? Do not be deceived: no sexually immoral people, idolaters, adulterers, male prostitutes, homosexuals, 10 thieves, greedy people, drunkards, revilers, or swindlers will inherit God’s kingdom. 11 Some of you were like this; but you were washed, you were sanctified, you were justified in the name of the Lord Jesus Christ and by the Spirit of our God.

19 What say I then? that the idol is any thing, or that which is offered in sacrifice to idols is any thing? 20 But I say, that the things which the Gentiles sacrifice, they sacrifice to devils, and not to God: and I would not that ye should have fellowship with devils. 21 Ye cannot drink the cup of the Lord, and the cup of devils: ye cannot be partakers of the Lord's table, and of the table of devils. 22 Do we provoke the Lord to jealousy? are we stronger than he?